A side effect of this is temporarily being short staffed. Such was the case on Saturday, in which I obtained video for seven separate events. Fourteen hours later, I was ready for bed.

The day started with an emotional tribute to those who died in the Sept. 11 terrorist attacks. People gathered outside the Albemarle County Office Building at 8:30 a.m. It was a very musical event, as you can hear below.

Following the memorial was the 2010 Memory Walk for the local Alzheimer’s Association, then the Midtown Festival, then the 2010 Beer Fest. When I finally think there’s time to rest, there’s a gun found outside an elementary school. As I head to shoot exteriors of the school, I find the road is closed. Turns out the house directly across from the school is on fire. So I got two birds with one stone.

The good news here — no one was injured in either incident.

I get back to the station with 20 minutes before the anticipated start of the 6 p.m. newscast. At 6:30, I leave to cover my final event of the day — a 7 p.m. black tie affair for the Jefferson Scholars Foundation at the University of Virginia. When I return back to the station after the event, I learn the 6 p.m. show never happened, thanks to the U.S. Open.

While I had no lunch break and got to bed immediately after returning home, it’s days like this why I love what I do. You never know what’s coming up next.

Seconds before the start of the Charlottesville Women's Four Miler.

Today, I had the privilege of covering the Charlottesville Women’s Four Miler. It’s an annual race in Albemarle County, where at least 3,500 women participate. No men allowed (except on the sidelines).

The amount of spirit and encouragement that the crowd exuded today was immeasurable. Even though it’s labeled a “race,” the women could run, jog or trot the length of the four-mile trek.

I spoke to a number of people at the event randomly. Two of the five people I chose were breast cancer survivors. Sure, my odds of finding more survivors at an event like this are increased, but it showed how so many people are directly affected by cancer. And the spirits of everyone I met couldn’t be higher.

Coworkers have told me what a great event the Four Miler is, and they were absolutely correct. It’s a great day for the community to come together. As one survivor told me, she doesn’t want to cure breast cancer. She wants to finish it.

It’s 9 o’clock on a Saturday, and I’m eating my dinner (aka Chex Mix and a Butterfigner). And not at a piano bar.

I covered the 22nd-annual Albemarle County Democratic Barbecue today. The goal of the event is to raise money and support for U.S. Rep. Tom Perriello, a Democrat who represents Virginia’s 5th District.

Speaking for the congressman today was U.S. Sen. Mark Warner, also a Virginia Democrat. You may have seen him recently on an episode of Top Chef. All this, and I forgot to ask him how the food was. Although he raved about the brisket today. Definitely a foodie, and a very nice man.

To cover all our bases, I talked to a local man via phone interview who attended the Restoring Honor rally in Washington. Many conservatives headed up there for the rally featuring Glenn Beck and Sarah Palin.

As soon as I get to the barbecue, I obviously head toward the food. The barbecue smelled very good. There are two men under the tent, who I dubbed the “grill masters.” One was wearing a Yankees hat.

“I’ve gotta say off the bat, I don’t like your hat,” I told one of the guys, adding that I’m a Phillies fan. I won’t respond with his exact response. But we had a good laugh.

I then learned to leave rivalries behind and not criticize someone right before asking them for a favor (such as an on-camera interview). But in the end, I spoke to the other grill master.

“And then I got a job in construction and made the real money,” he said.

He showed me his car, where he displays a Temple window cling proudly. It reminded me of mine, which says, “Temple Owls are Everywhere.”

Today, of all days, is proof of that.

Side note… This is my 300th post on this blog. Normally, I’d call that a milestone. But since this is my third post in eight months (and second today), I’ll hold back. 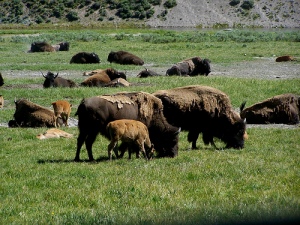 More on this below.

Good news! I remembered my user name and password.

It’s been quite a few months since I updated this lonely blog. In today’s multimedia world, that’s probably considered eternity plus forever. So, I write today with the hopes of changing that (and to make my subscription dollars worth it).

I have been a utility player at the Charlottesville Newsplex for nearly nine months now. I’ve created and updated content on newsplex.com, I’ve produced some shows (most notably the hour-long 6 p.m. newscast), and I’ve done some reporting on the side. I like to consider myself the Greg Dobbs of the Newsplex.

But all of that will change as I make the transition to full-time reporter. Turnover is a curse in small television markets, especially when many leave at once. We have four much-deserving reporters leaving the Newsplex within the next two weeks, and they’re all headed toward amazing opportunities in (much) larger markets. It goes to show the quality of newscast the Newsplex provides.

In other words, I have big shoes to fill.

What I hope to continue with this blog is a behind-the-scenes look at the stories I cover. I won’t get into much commentary — just providing additional information, quirky stories and whatever else comes to mind.

I look forward to creating discussions on this blog and, maybe more, updating more frequently. I appreciate your clicks and your feedback, so keep them coming.

In other news, in the past eight months, I’ve discovered this phrase and find it fascinating.