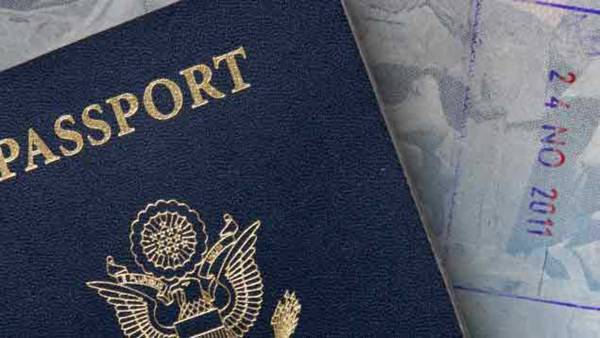 OK, so John Kerry probably has nothing to do with my leaving the United States.

I will say, though, I can’t leave the United States because I don’t have a passport. Never have. And John Kerry (aka the State Department) is getting in my way.

There’s never been a reason for not having a passport. I just never found the need for one. I’ve been all over this country, just not others. But after years of pestering by many in my life, I finally took the steps.

At least, I tried.

Conveniently, I paid $10 to get my passport photos taken in the storefront next to my apartment. I filled out all the paperwork online and printed the forms. I had my driver’s license, birth certificate and Social Security card on hand. I was prepared to pay the $140 to be able to leave the country. Good riddance, they would say.

Except I wasn’t. So they wouldn’t.

It took an hour to get to the Brooklyn Library, where I planned to get my passport. I gave the passport lady a nice smile when I walked in and said I had everything filled out.

“Great,” she said. “Are you paying by check or money order?”

I pointed to the giant sign to my right that said “Visa.”

“No. No debit cards. Only check or money order.”

“So I can’t do anything today?”

“You can go get a money order. There’s a drug store right down there.”

I almost got lost walking “down there.” “Down there” turned out to be 15 minutes away. At this point, it was too late in the day to return to the library with my money order, so I figured it just wasn’t my day. But, since I was in the area, I thought, “Hey, let’s just get the money orders now” (I needed two separate ones).

I waited in line at the Duane Reade. I got called up and told the nice girl I’d like to get a money order.

“Great! I’ll get the manager. You have a personal check with you?”

I gave her a death stare. Poor girl didn’t deserve it, but that’s how my day was going. I stormed out of the store (not as dramatically as I make it sound, but still).

I left Duane Reade and treated myself to a chestnut praline latte at a nearby Starbucks to ease my woes.

Also, what is a money order and how is it different than a check? I’m sure there’s an exceptional answer to that question, but frankly, I don’t care. Money orders are stupid.

I tried again on Monday. I went to a post office at 10:15 a.m. I told the nice lady walking up that I was here to get my passport.

“Passport service doesn’t start until 11 a.m.,” she told me. And for that, she also received the undeserved death stare.

I went to the gym to pass the time. And I went to another post office nearby. There was no line, and the woman was very helpful. She took my birth certificate, driver’s license and money (I could pay by Visa here, go figure).

I hopped on the subway with a smile on my face, feeling I accomplished a life goal.

Until I got off the subway and my cell phone regained service.

It was the nice woman from the post office, who quickly lost the adjective I’d given her. She informed me via voicemail that I did not provide her a copy of my driver’s license. I returned her phone call.

“I thought in the process of paying, while you were holding my driver’s license for five minutes, that you had made the photocopy yourself,” I told her. “I was under the impression you were doing that. You told me I was good to go.”

I told her I couldn’t. She insisted. I told her my schedule would not allow it. She then thought of the obvious solution — fax it to the post office.

I told her I did not have access to a fax machine, and that the earliest I could return with a photocopy would be two days later. But apparently, on the day you pay for a passport, your application must be postmarked. So she sent my application without it.

So, instead of receiving my passport in the four to six weeks, as is expected, I will instead get an angry letter from John Kerry (aka the State Department) saying my application is incomplete and I need to send in a photocopy of my driver’s license separately.

In fairness, Donald Trump probably wouldn’t want me to leave, either.